Invocation of the Circle

I love this circle invocation by Doreen Valiente, found in "Witchcraft, A Tradition Renewed" by Doreen and Evan John Jones. I'm always writing, rewriting, and searching out invocations, prayers, quarter calls, for my circles. I like to change it up all the time. This is a favorite. 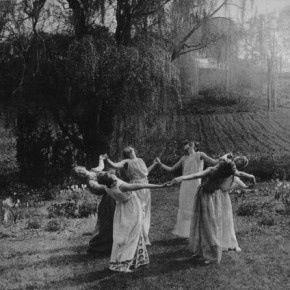 Invocation of the Circle

By stang and cauldron, cup and knife,
By right of office that I hold,
Ye ancient powers of death and life,
Forgather to the circle's fold.

Kinship to kinship, blood to blood,
By wild night wind and starry sky,
By heathland brown and darkling wood,
To this our circle now draw nigh.

In likeness of a henge of stone,
Stand guard around this circle's rim,
While looming through the dark alone,
Stands in the east the Hele-stone dim.

I summon forth the fairy hounds,
Sharp-fanged, white-coated, red of ear,
To prowl beyond the circle's bounds,
And put intruders' hearts in fear.

Ancestral powers of this our blood,
We are your people, guard us well,
By earth and air, by fire and flood,
By magic mime and spoken spell.

Our craft's own Goddess I invoke,
And Ancient Ones of hill and mound.
With fire aflame and drifting smoke,
I dedicate this circle's bound.

By three times three,
Thus shall it be! 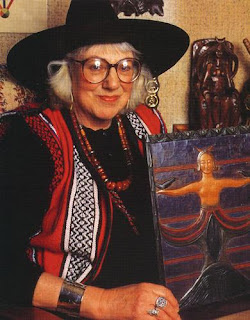