Sun Goddesses For The Winter Solstice 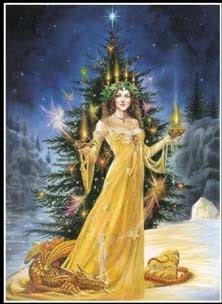