Day 17 - How Does Hekate Relate to Other Goddesses? 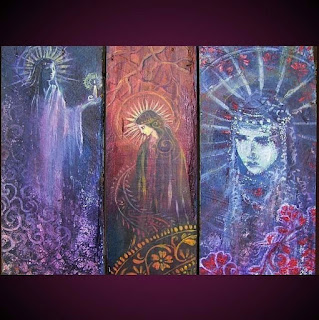 Once again, I will answer this from the perspective of my personal experiences. As I have mentioned many times, I am a Polytheist who sees the goddesses and gods as individuals, not archetypes, not aspects of another goddess or god, not some indistinct divine force. At one time I felt it was disrespectful to mix pantheons in any ritual or working, but experience has taught me otherwise. I also lean heavily toward Dianic Feminist witchcraft, therefore, my communion with these goddesses may not resonate for all.

For many years I worked with a particular priestess and witch who was devoted to, for the most part, the Celtic pantheon. As we both worked through life changes, we went our separate ways. However, the rituals and other workings we did together were intense, powerful, and fulfilling, despite working with goddesses of different pantheons; I, always with Hecate, and she, with a few different goddesses. 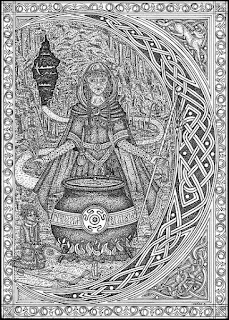 Cerridwen and Hekate always joined together for us easily, as did Brighid, Rhiannon, and the Morrigan. Cerridwen has always represented the power of magic to me, fearsome yet beloved and revered, as is Hekate. The cauldron, for me, is a symbol of both goddesses. Their mastery of magic and mystery inspired, and still does, our own workings. Cerridwen is a strong goddess, persevering in accomplishing what She sets out to do, regardless of the obstacles. Hekate takes no weaklings; you do Her work or She will have nothing for you. 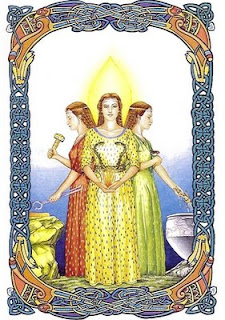 Brighid is a triple goddess, as is Hecate Triformis, albeit in different ways. Brighid is strength, healing, and inspiration. Hekate is strength, Her healing on a different level, but healing nonetheless. Her inspiration is more in the mystery realms, while Brighid's is in the arts. Again, They always came together willingly in our rituals 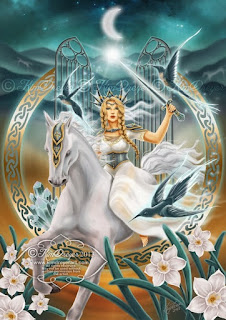 Rhiannon's Underworld associations melded well with Hekate's for us. She guides souls to the Underworld while riding upon a white horse, assisting the dead to make their way safely. Rhiannon also inspires creativity, movement, and strength, keeping us going on our way. Hekate guides us into and through the Mysteries, unlocking the doors that may keep those Mysteries beyond us. 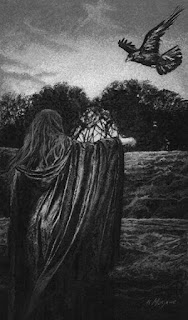 We worked our magic and gave honor and reverence to these goddesses. In turn, They inspired and assisted, accepted our gifts, giving in return all we needed.