Day 18 - How Does Hekate Stand Regarding Gender and Sexuality? 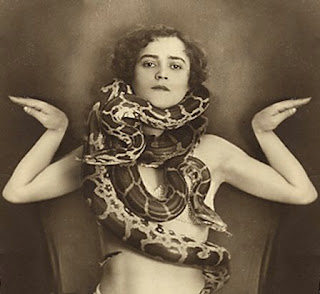 I believe that Hekate is a goddess of women and children. As I've mentioned previously, it is my very strong belief that She was absorbed into the Greek and Roman pantheons. The myth that Zeus "allowed" Her to keep Her powers and dominion over the heavens, earth, and seas is absurd. The idea is a product of  patriarchal, misogynistic societies that held women down, treating them as property with no rights, other than a few exceptions for priestesses. Even so, priestesses were held to standards that were demeaning.

I know there are plenty of men who consider themselves devoted to Hekate, calling themselves Her priests. They will not agree with most of what I have had to say here. That's fine, everyone's experience is valid for them, do what you will... and I will too!

She is a woman's goddess in my opinion and experience.